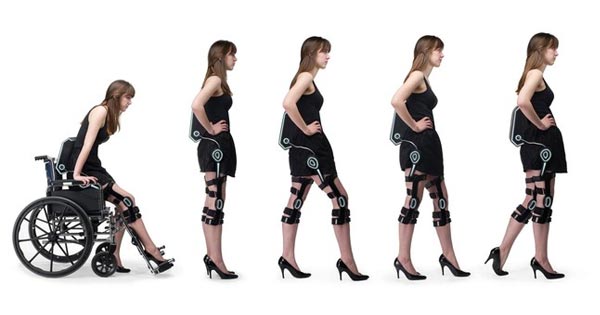 The Israeli-based Rewalk Robotics company has secured FDA approval for a robotics device that empowers stroke victims to walk. The Rewalk product, called ReStore, is an exoskeleton suit that is strapped on to the legs with cables running down to the ankles of the disabled stroke victim. A previous Rewalk application designed for paralyzed patients, which was strapped on to both the upper and lower body, received FDA clearance in 2014. Rewalk Robotics CEO Larry Kozinsky told Fox News that the more compact ReStore exoskeleton has both economic and physical benefits with one-seventh the weight and one-seventh the cost of the original product for the paralyzed community.

“This is designed specifically for stroke, but in the future it can help people with MS and Parkinson’s,” Kozinsky predicted. “It’s not a huge suit, it’s an appliance to a specific part of the body. Essentially we’ve stripped away a lot of the things that held up the entire human body and focus just on what’s needed, so if you need to move the ankle joint and eventually the hip joint it can it can do just that in a much more miniaturized way. It’s reliant on a combination of sensors that tell it how to move and unique fabrics that can transmit force.”

ReWalk Project Manager Kathleen O’Donnell demonstrated the exoskeleton suit on a dummy patient and explained its utility: “It allows the users to walk with their own natural gait. It has these cables that run across the ankle joint, and when those cables contract in time with the muscles it helps to move the foot up and down. If I release the cables you can see now the ankle is free to move ….There are two sensors in the in the feet. It picks up the way they’re walking and automatically adjusts as they change their walking. It is sensing the movement of their walking and synchronizes based on how long their steps are and how fast they’re walking. So if the physical therapists ask them to change something about their gait they can actually respond and the suit will respond to that change.”