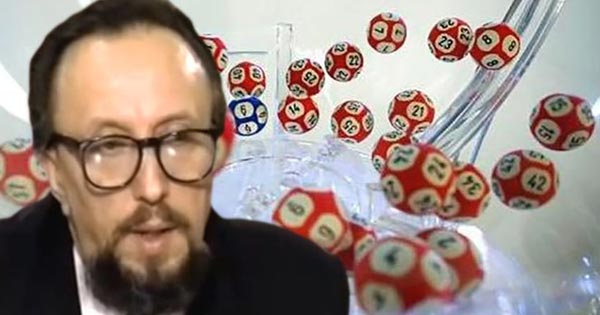 Holocaust survivor Stefan Mandel is known as the man who won the lottery 14 times without relying on luck. Mandel, a Jewish mathematician who in the late fifties worked for low wages at an industrial mining company in his native Romania, developed an algorithm for nearly guaranteeing a lottery win. His “combinational condensation,” method could predict 5 of 6 winning lottery numbers, which in effect reduced the possible combinations of winning numbers from millions to mere thousands. Stefan asked three friends to collaborate with him to buy up enough blocks of lottery tickets to guarantee at least a second-prize win. His scheme worked like a charm as he and his friends won the first prize, which amounted to more money than they could have earned in 18 years.

Taking his share of the winnings Mandel moved to Australia and developed a new system. It involved waiting for a jackpot to get so high that if you buy enough tickets to fill out every combination of numbers you can still turn a profit when you win. Getting around the logistics problem of sending people to stores throughout Australia to buy all those lottery tickets, Mandel opted to automate the process by using printers and a computer program to eject tickets filled out with every possible number combination. This practice was actually legal at the time. Taking advantage, Mandel repeated the process until he won the lottery twelve times. Ultimately, the Australian authorities caught on and passed new laws to prohibit his activities.

This didn’t stop Mandel from relocating to the United States where he developed yet another scheme for winning state lotteries, which involved hiring “investors” to buy up every possible number combination and then splitting the pot when he had a winning ticket. The elaborate plan entailed using commissions from sales of guaranteed life insurance policies to buy up the lottery tickets, utilizing the printer setup from the Australian lotteries and hiring a whole team of accountants. For his efforts, Mandel won another first prize, six second prizes and 32 third prizes amounting to a grand total of 27 million dollars, more than enough to retire on a tropical island.