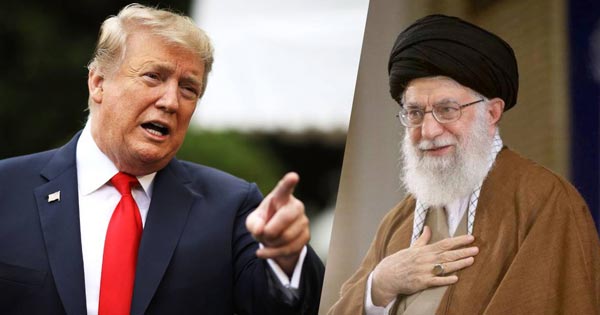 In the aftermath of the US precision strike that killed Iranian General Qasem Soleimani, a chief terrorist responsible for deaths of many innocent Americans, US President Donald Trump warned that if Iran chooses to retaliate against American assets he would strike back against 52 Iranian targets, representing the 52 American hostages taken by Iran following the Islamic Revolution in 1979. Trump clarified that some of the targets would be “at a very high level and important to Iranian culture, and those targets and Iran itself will be hit very fast and very hard.”

Republican Congressman from Kansas Steve Watkins, a member of the House Foreign Affairs Committee, told Fox News “the US is moving from an Obama policy of conciliatoriness to Donald Trump who wants to reestablish deterrence as a credible threat, and that’s so imperative, especially for those of us who have been tactical on the ground. Now, Iran will continue to escalate and climb up that ladder of escalation, but we need to focus on our mission, which is clear. One thing that the Secretary of State (Mike Pompeo) said is that we have a clear mission, and that’s to promote peace and prosperity throughout the region, do it by, with and through our allies using our military force if need be, preferably economic, information, diplomacy and the like.”

Responding to Democrats who questioned if Trump had the authority to give the order to take out Soleimani, Watkins stated: “He absolutely had the authority. This insurgent killed hundreds of American servicemen, so we had every right, and I’d be happy to debate that with any Democrat in the House. The argument though is that you cut the head off the snake but the snake remains alive, and that it’ll just grow a new head. Soleimani had these personal relationships with Hezbollah in Lebanon and Syria. A lot of their efficacy depends on that personal relationship that they have with him. That’s what he brought to the fight. You take him away it’s more than just a position. I mean he’s kind of a folk hero, so it’s a huge victory for us.”