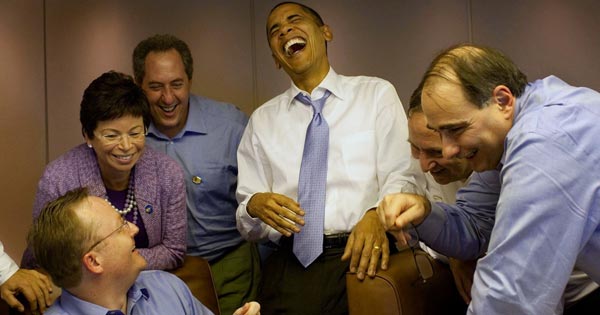 Video Surfaces of Obama Mocking Jesus And The Bible

In a recently brought to light video, former President Obama has once again raised the ire of decent patriotic Americans with the observation that “We are no longer a Christian nation. We are also a Jewish nation, a Muslim nation, a Buddhist nation, a Hindu nation and a nation of non-believers.”

If that’s not enough to enrage Christians, Obama then goes into a theological monologue that many Americans who believe in Jesus Christ, the New Testament and the Old Testament will no doubt find offensive:

Even if we did have only Christians in our midst, if we expelled every non-Christian from the United States of America, whose Christianity would we teach in the schools? Which passages of scripture shou ld guide our public policy? Should we go with Leviticus, which suggests slavery is okay and the eating shellfish is an abomination, or we could go with Deuteronomy, which suggests stoning your child if he strays from the faith? Or should we just stick to the Sermon on the Mount, a passage that is so radical it is doubtful that our own Defense Department would survive its application. So before we get carried away let’s read our Bibles…”

Having implied that our Defense establishment may have a problem with “Blessed are the peacemakers” Obama then goes on to attack the Evangelicals, suggesting that while abortion violates their religious principles, it isn’t feasible to pass a law banning that practice in a pluralistic society.

Lastly, just to be evenhanded, Obama takes a swipe at religion altogether:

“Politics depends on our ability to persuade each other of common aims based on a common reality. It involves compromise, the art of what’s possible, and at some fundamental level religion doesn’t allow for compromise. It’s the art of the impossible. If God has spoken then followers are expected to live up to God’s edicts regardless of the consequences. Now to base one’s own life on such uncompromising commitments may be sublime but to base our policymaking on such commitments would be a dangerous thing.”